Flight of the Fulcrum

A fulcrum, the pivot point on which an object turns.

The centerpiece of a clock hand, that keeps track of time as it rotates.

Idea
Flight of the Fulcrum (or Fulcrum, for short) is a Virtual Reality Gameplay Demo where you find yourself on a Zeppelin in the early 19th century. The Zeppelin is frozen in time, and so is everything on board, except you. Trough clever observation and the manipulation of time you will explore the Zeppelin, solve murders and discover the secrets that lead to the freeze in time. It is your job to get time back on track!

The Goal
We wanted to produce a high fidelity vertical slice of the first level of our experience. However, we underestimated how long the concepting of such a complicated project would take and we spent much more time on the drawing board than we expected. This led to delays in many ways and while we finished the first level, it is not the quality we had originally hoped it would be.

However, we are all proud of the project and it was great fun to develop this crazy idea without boundaries and lots of support by Prof. Georg Struck.

The Development
This project was done within the framework of an „open elective“, supervised by Prof. Georg Struck. Therefore, we had a lot of freedom to create what we wanted and choose to create some narrative exploration game with focus on the topic of time.

We quickly realized that to explore, the environment needs to be interesting and while writing the main story, we decided the experience would take place on a Zeppelin. A Zeppelin that is frozen in time. Yeah, that sounded cool.

We then implemented our core story and gameplay. There have been murders committed on the Zeppelin and it is your job to solve the murders post mortem. But there is even more that is wrong, aboard this Zeppelin. You will soon discover, that the souls of the murdered victims are trapped by a strange machine at the far end of the Zeppelin.

At the same time, we implemented our core gameplay mechanic; the manipulation of objects in time. There are some objects in the level that require the user to turn them backwards or forwards in time to solve a murder. The user will get to experience the story of each death and puzzle together the story of what happened on the Zeppelin and it all connects to this one big, ominous machine. 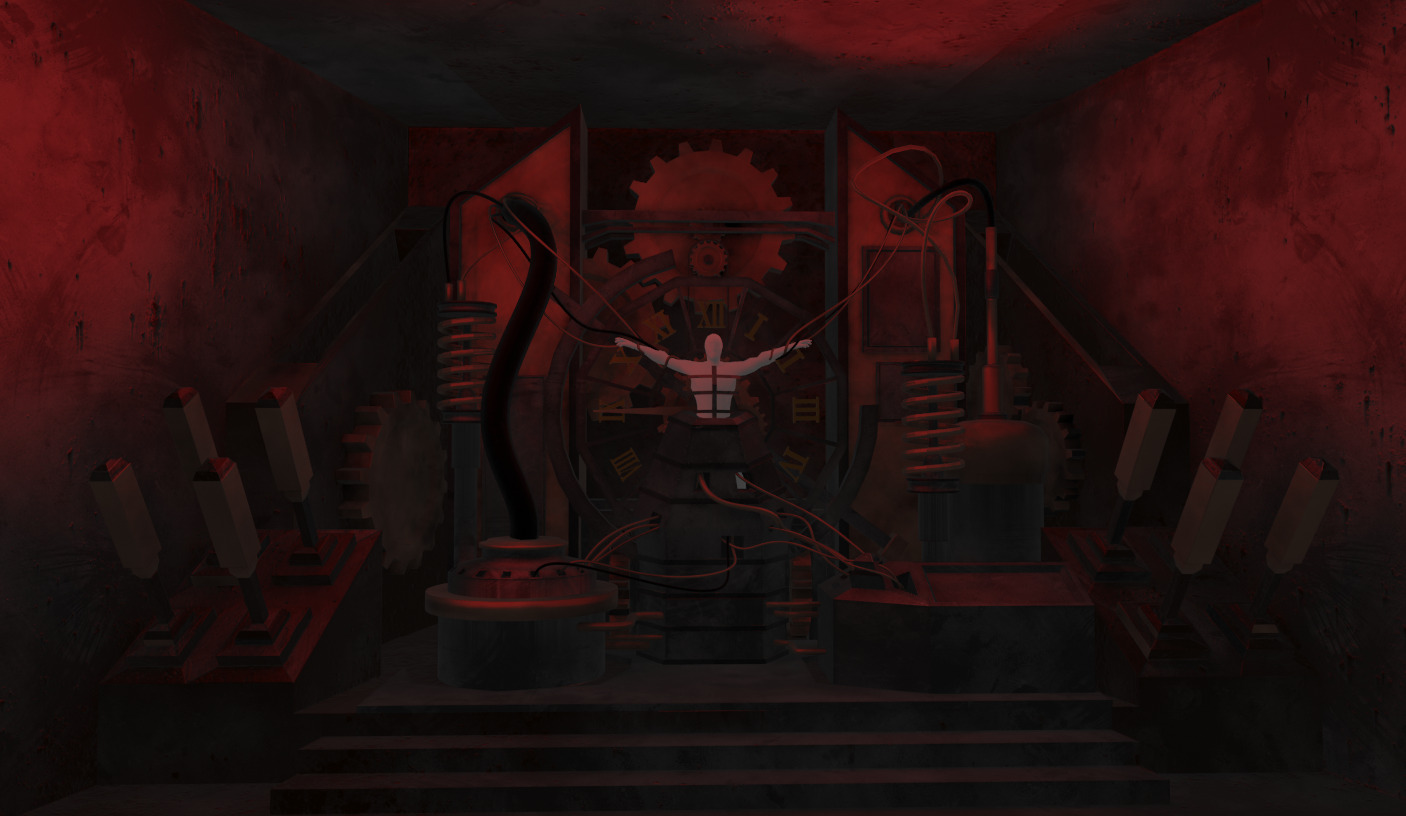 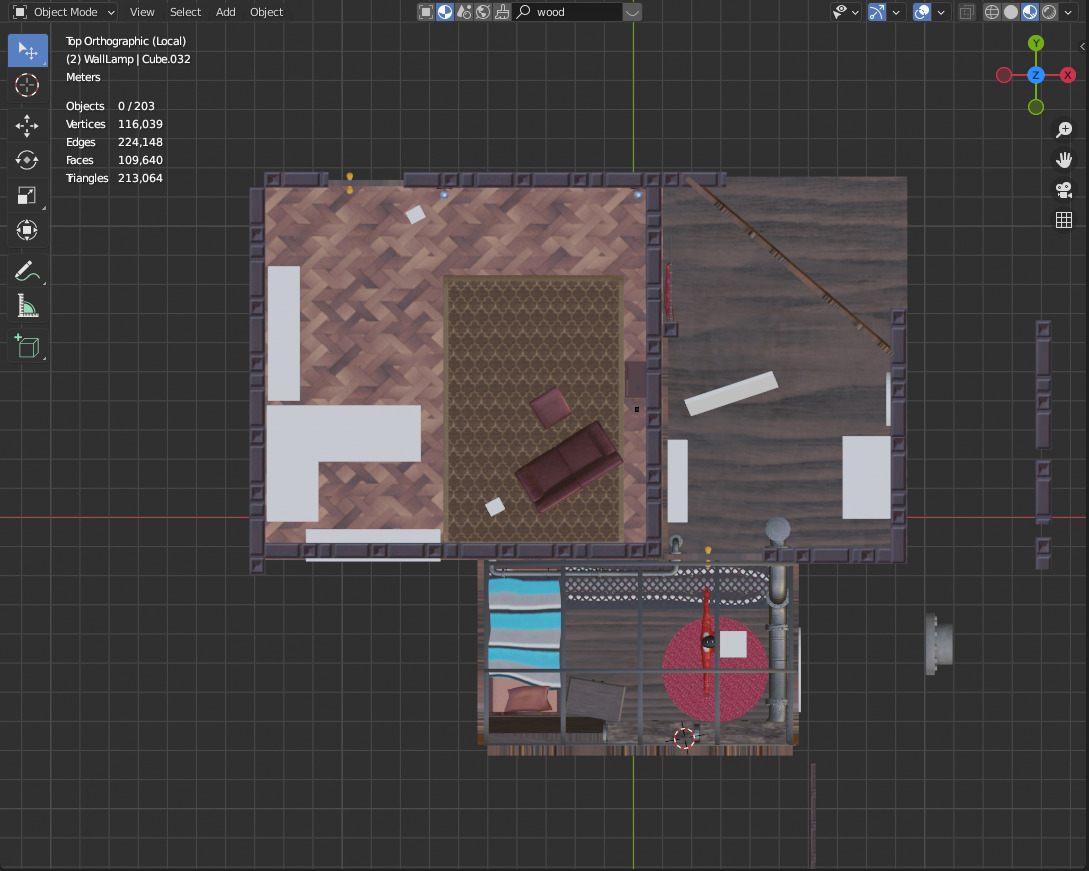 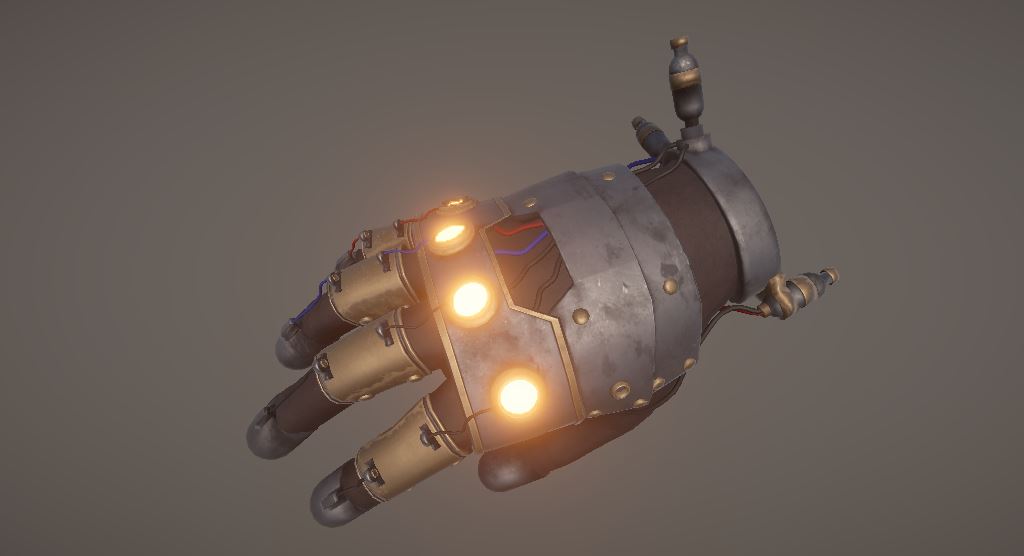 The hand of the VR player 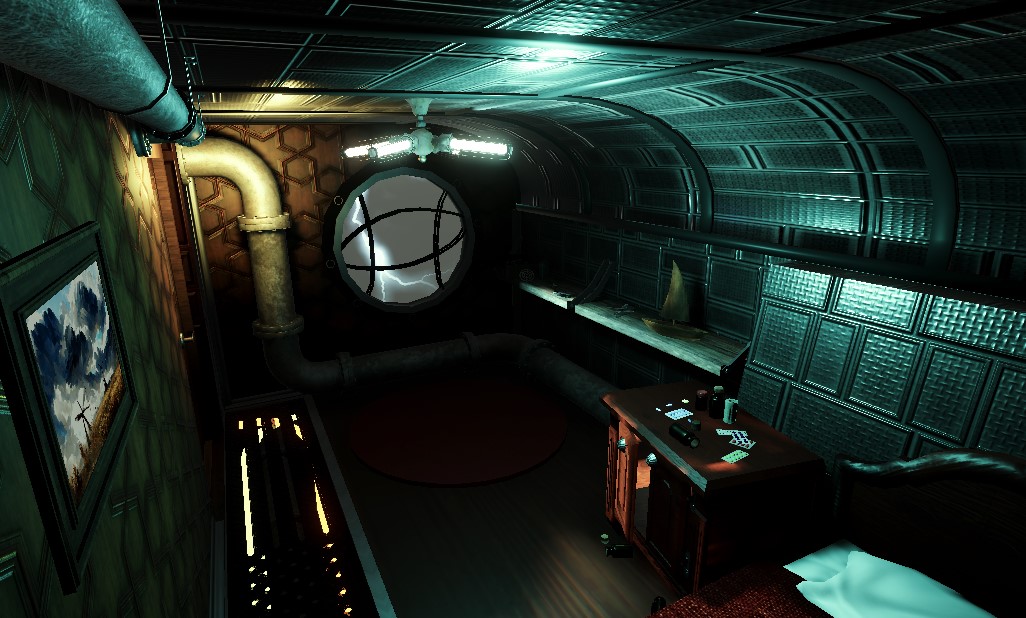 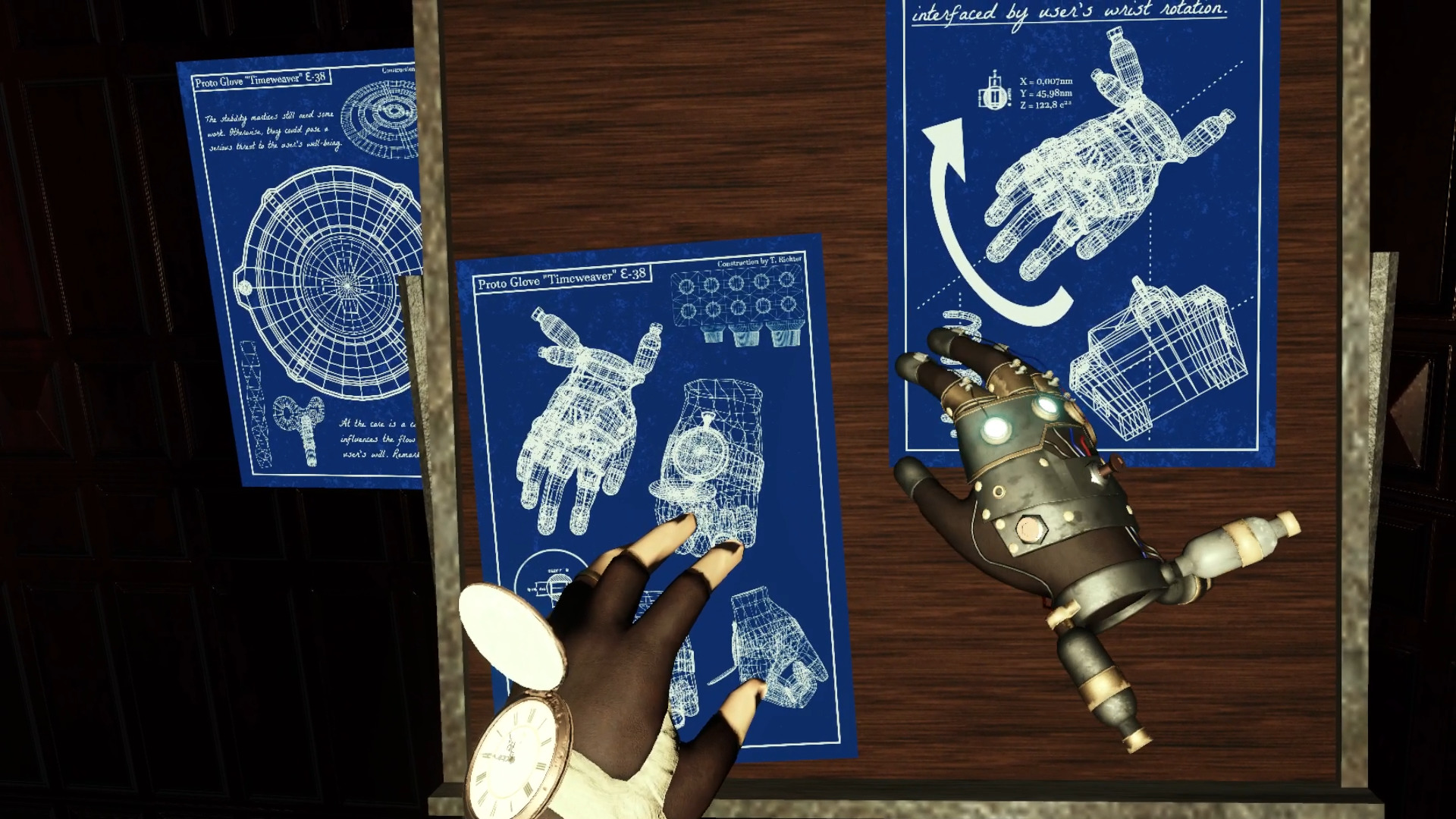 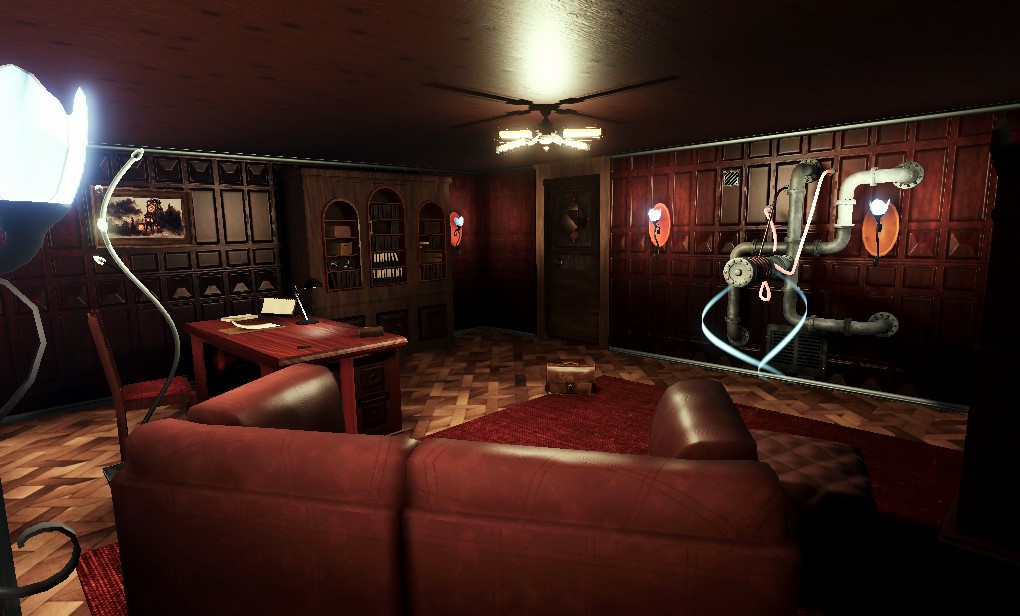 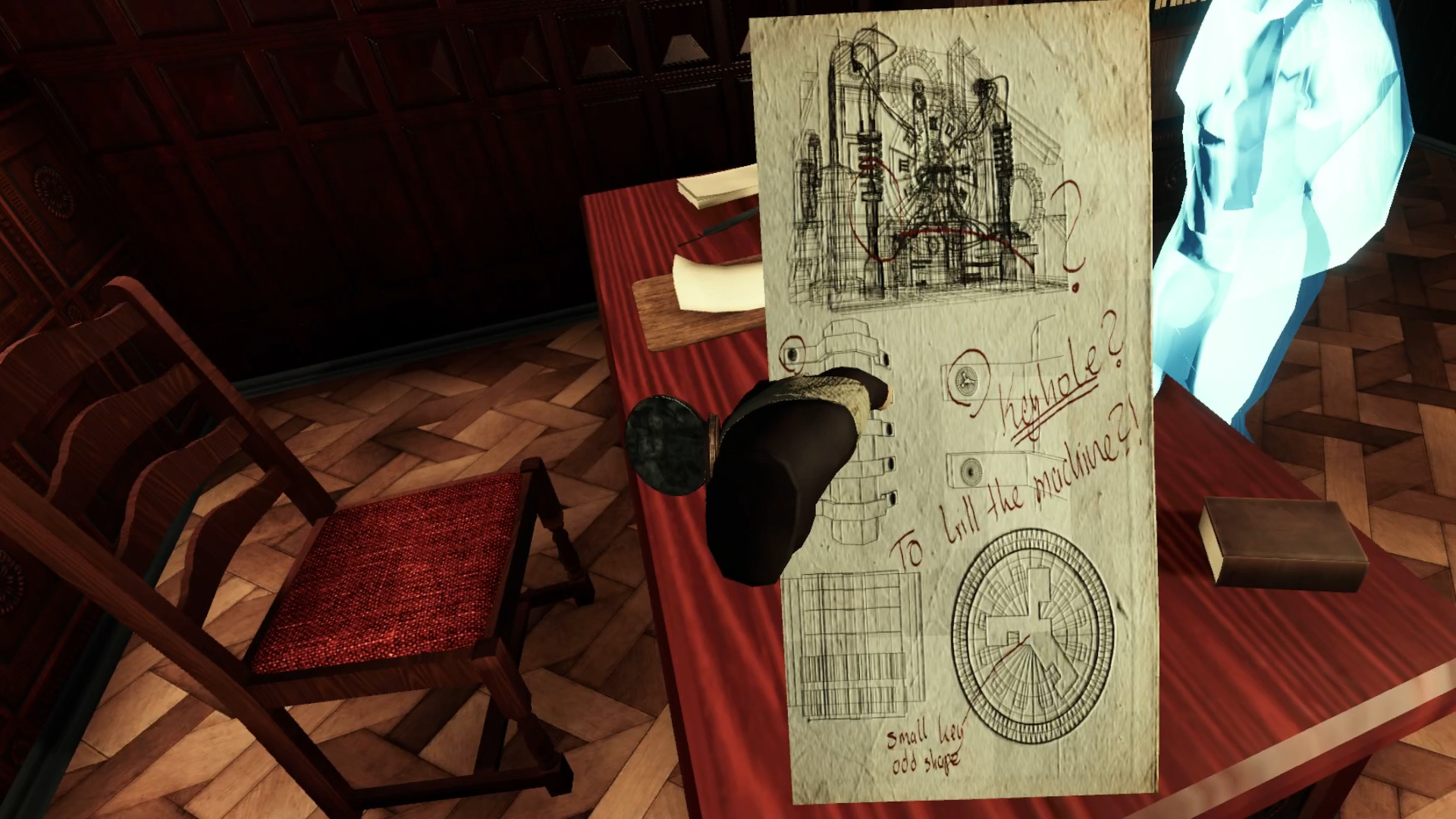 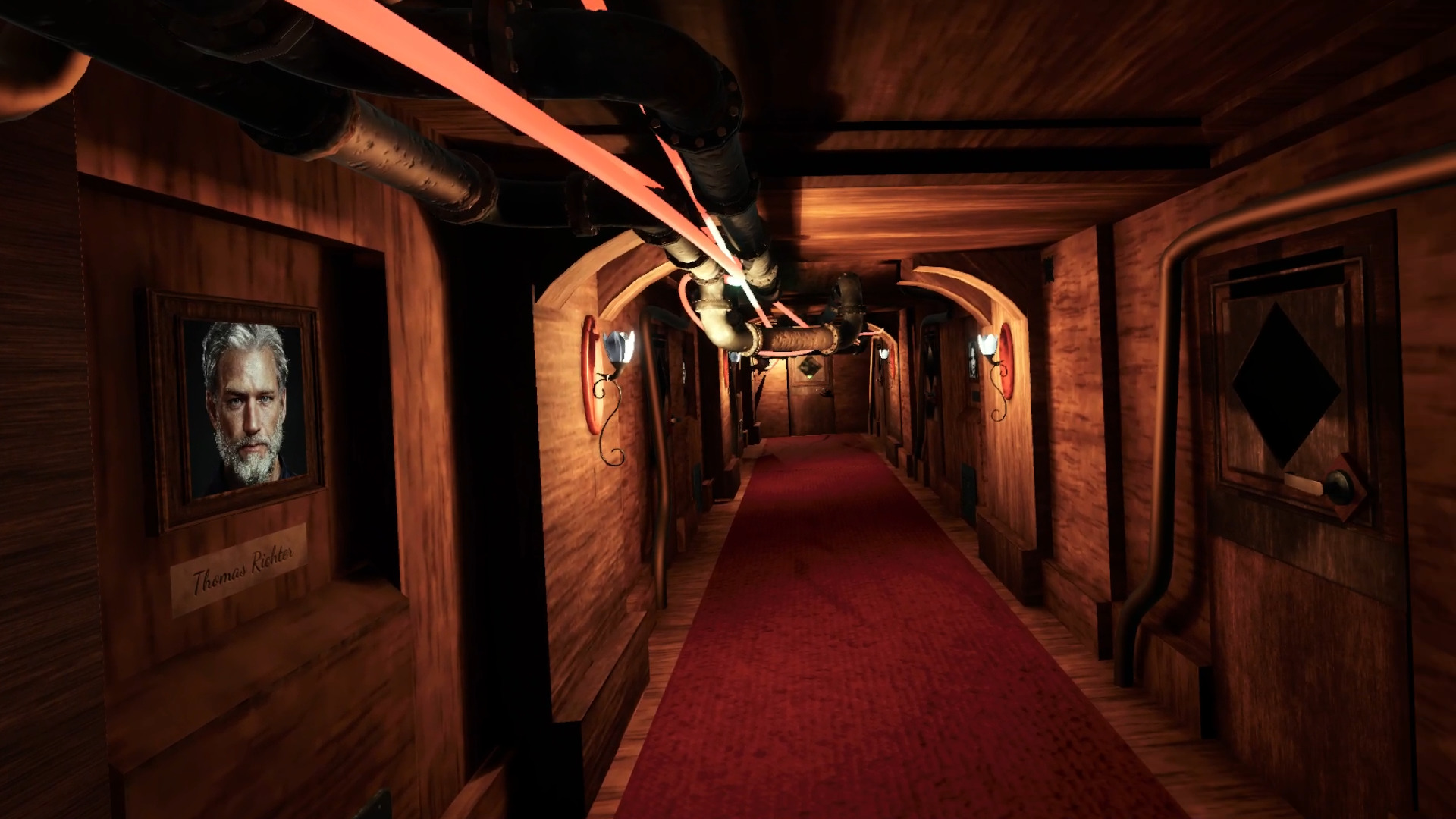 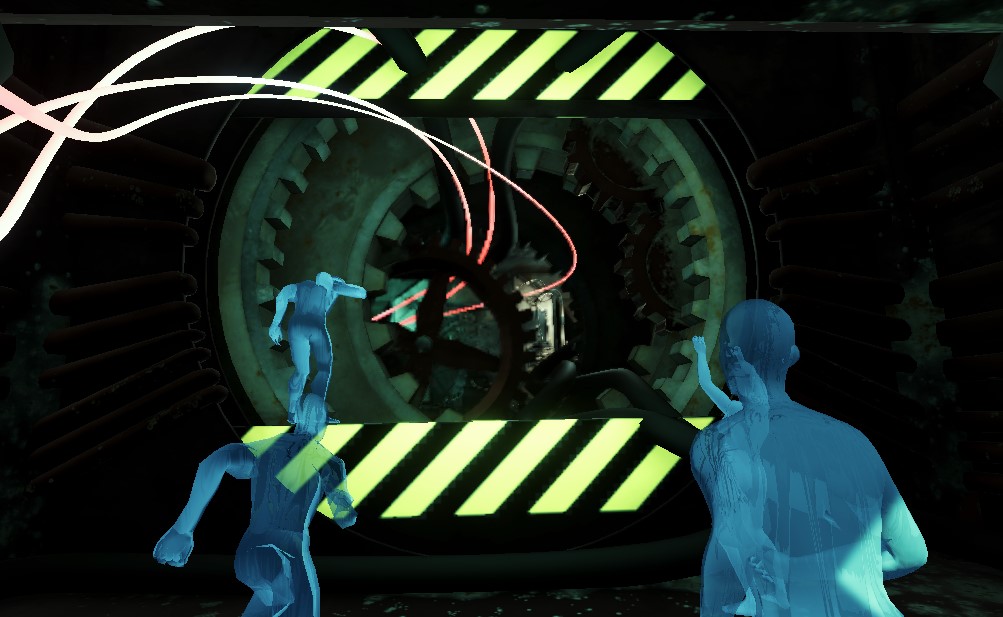 This application shows the workings of the Laterna Magica in Virtual Reality!